Hikers in the Rio Grande River Bosque come across some curious things that add Albuquerque’s reputation for quirkiness. These public art pieces are installed within the Bosque and other open spaces rather than along the city thoroughfares.

The cottonwood in Robert Wilson’s The Cube represents the life sustaining power of the bosque. The city of Albuquerque is symbolized by the repurposed fencing of the cube that surrounds the woodlands. 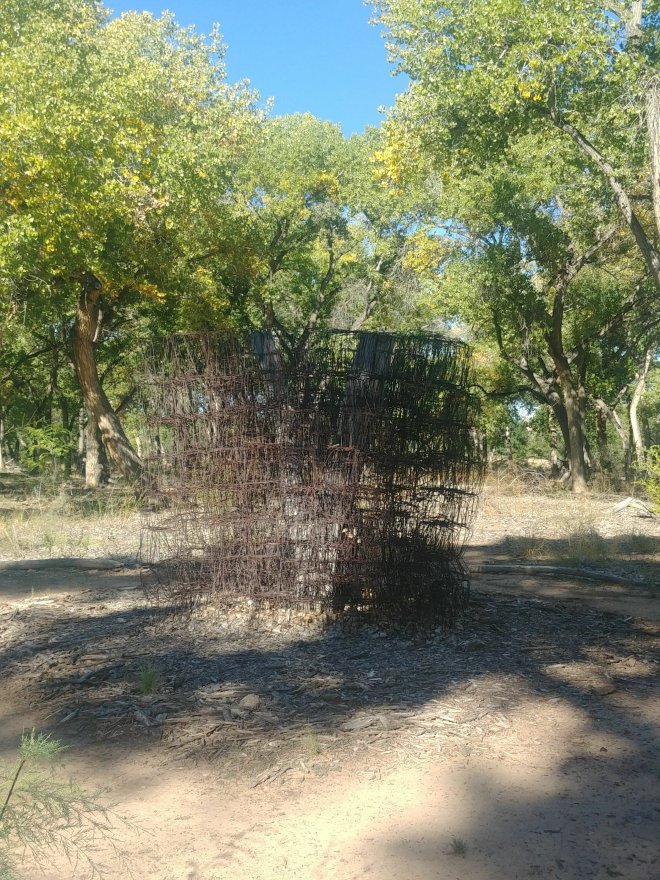 Encountering Arboreal Dome by Benjamin Forgey brings to mind the black monolith in the classic film by Stanley Kubrick and Arthur C. Clarke, 2001: A Space Odyssey.

However, Forgey envisioned the structure, constructed of dead cottonwood limbs, to be a recreational place for picnics, storytelling, and the like. He also felt that some would quietly reflect while gazing through the dome.

Decades ago, steel jetty jacks were constructed to prevent erosion when the river overflowed its banks. They proved to be ineffective but were too costly to remove. The rusty structures remind one of “Rommel’s asparagus” defense works along coastal France prior to D-Day.

In her work, Salt Cedar + Jetty Jacks = Green, Jill Guarino Brown used a jetty jack as the frame for a funnel woven from salt cedars to demonstrate a repurposing of the metal structures as a mechanism for harvesting water. 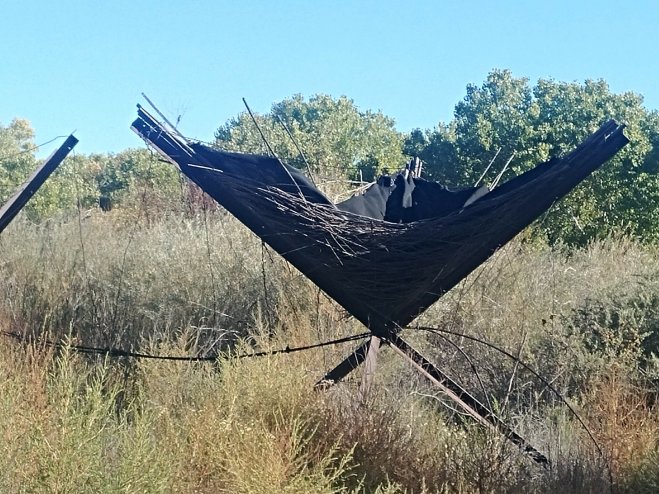 Several artists teamed to produce The Web a land art piece that suggests the wonders of the bosque’s interconnected natural and human ecology. 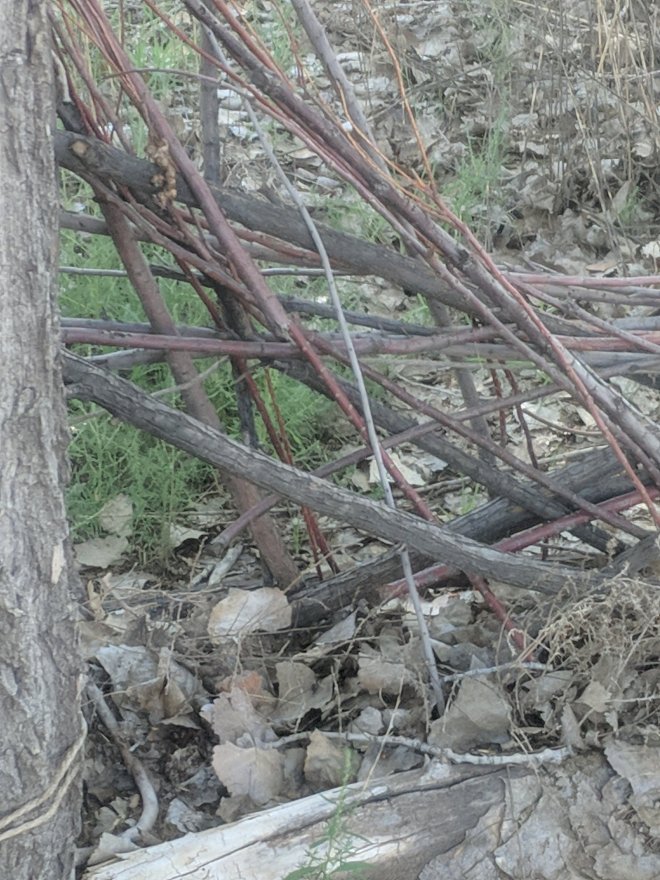 An unknown artist used a slice of a tree trunk and pieces of bark to create a totem of a great horned owl, many of which live in the Bosque.

Perhaps, the little people who dwell in the Bosque built this elf circle.

Fairies, perhaps, but beaver definitely live in the Bosque and create their own distinctive sculpture. 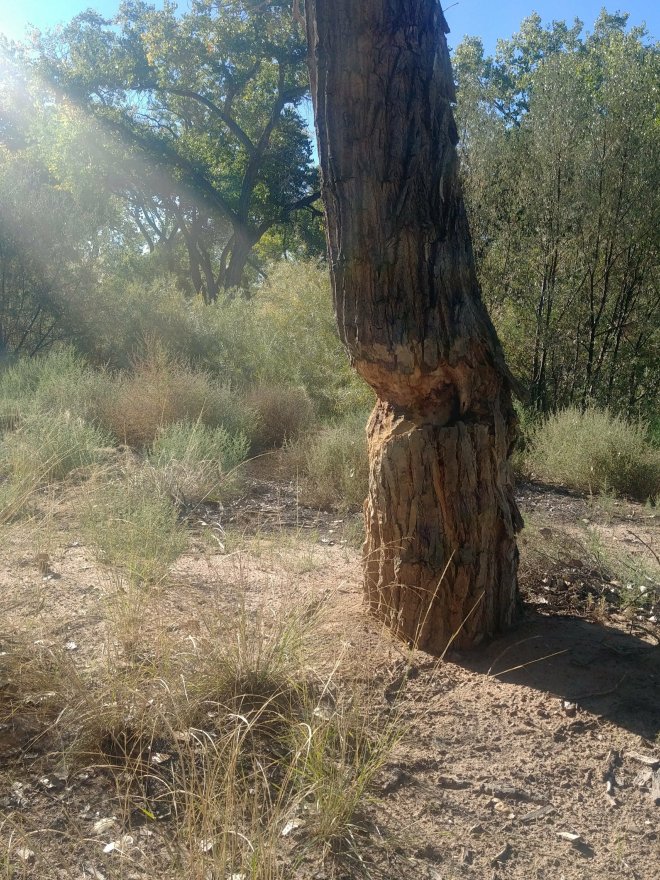 The metal sculpture of dancing sandhill cranes is situated near an access point to multi-purpose trails through the Bosque. This piece reminds one of the annual migration of the cranes down the Rio Grande flyway from the Arctic in late fall and their departure in early spring.

Now that you know that these delightful pieces of art are hiding in Albuquerque’s bisque, will you seek them out?