Sumo is a fun sport to watch but often a bit bewildering for non Japanese. Basically, whoever gets shoved out of the circle first or made to touch the ground with any body part except for the soles of their feet loses. There’s a tremendous amount of religious ceremony due to the sport’s Edo period beginning and its ties to Shinto religion. Here is one of the best explanations I found for neophyte attendees. Sumo basics

We went to one of the really big tournaments and the audience was really excited. The actual matches last only seconds, but the preparation and ritual before the match takes much longer. 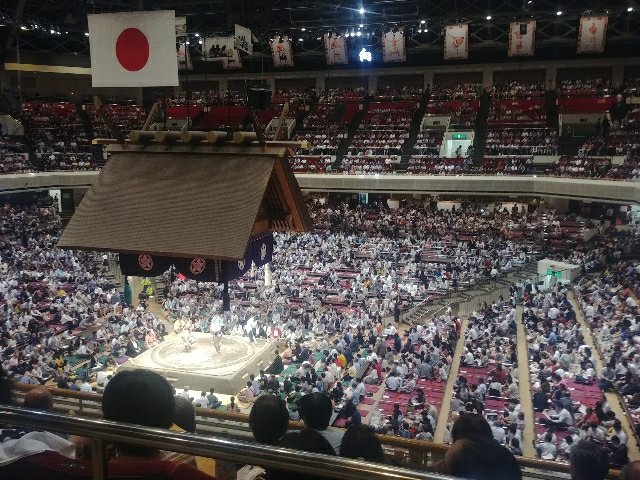 It was a large crowd in a large stadium. Finding our seat was difficult as the ticket didn’t have a translation and the apparent entry gate wasn’t the right one. Fortunately, the stadium staff members were very helpful and spoke excellent English

The sumo wrestlers are huge! Yet, they move with surprising grace and agility. The extra weight they carry subtracts about 10 years from their life expectancy and leads to illnesses such as diabetes. 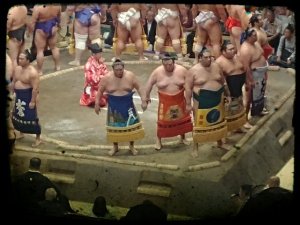 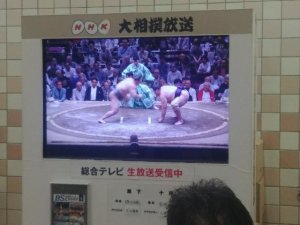