It’s almost unimaginable that this architectural masterpiece was started in 1248, long before modern building tools and equipment were available.

After being left unfinished in 1473 for hundreds of years it was finally completed in 1880. Now the most visited landmark in Germany, it survived bombing during World War II although it was badly damaged. Still, almost everything surrounding it was flattened, and it was restored in 1956. Since then, maintenance repairs are continual. The Cologne Cathedral has an extensive and interesting history.

Cologne also has a more fragrant history. Some might say that it is the birthplace of fragrance as eau de Cologne has been made here since 1709 by the Farina House. The house still has a small collection of scents, including ones based on astrological signs but it is most notable for hosting the Fragrance Museum.

The museum is only open on guided tours (currently 5 euros). While they are offered in several languages, reservations are a must. You can make them online or in person. 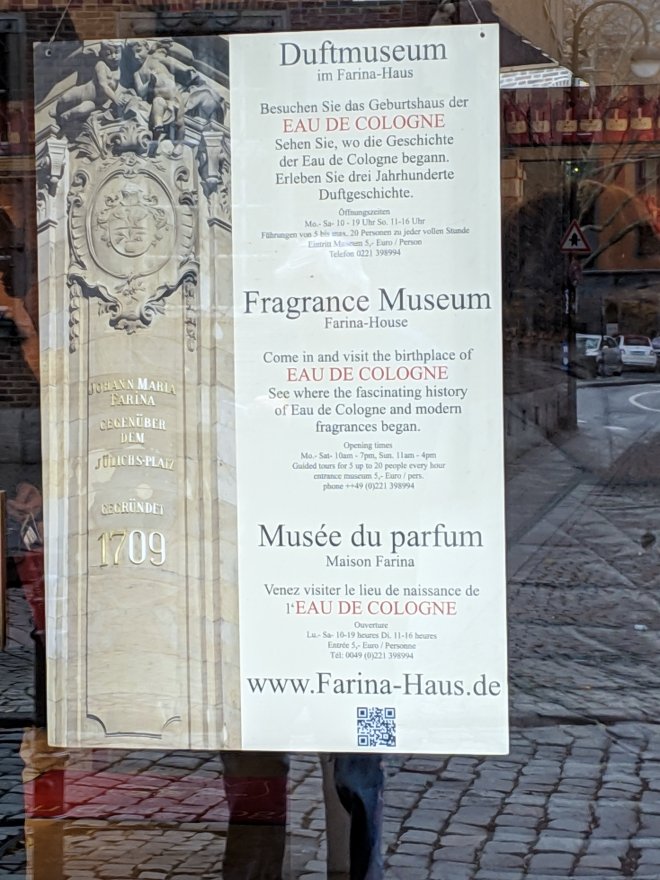 Since around 1799, the spicy citrus notes of 4771 have delighted fragrance lovers. It still has a flagship store in Cologne.

The eye-catching “The Golden Bird” artwork atop the Cologne City Museum arrived in 1991. The museum itself is much older, as it is housed in a former armory from the 6th century.

There are lots of interesting museums in Cologne, from Roman artifacts to a mustard museum. I’d like to come back here and spend a week exploring, and museum hopping.

One museum I took time to see was the Chocolate Museum, a well curated and informative museum for all ages. Yes, I got free samples. We also topped off our visit with hot chocolate in the Chocolate cage 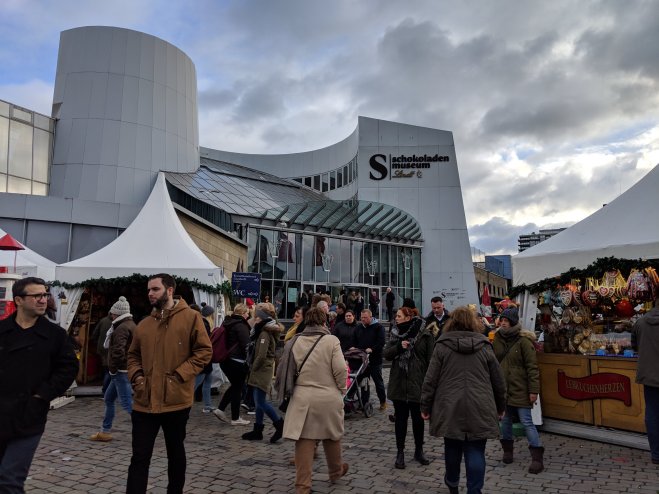 They also had the option of purchasing a custom chocolate bar specifically for you. Yum. 45 minute wait for that–just enough time to drink a hot chocolate.

Another museum had a display of Oskar, the friendly policeman public relations art. 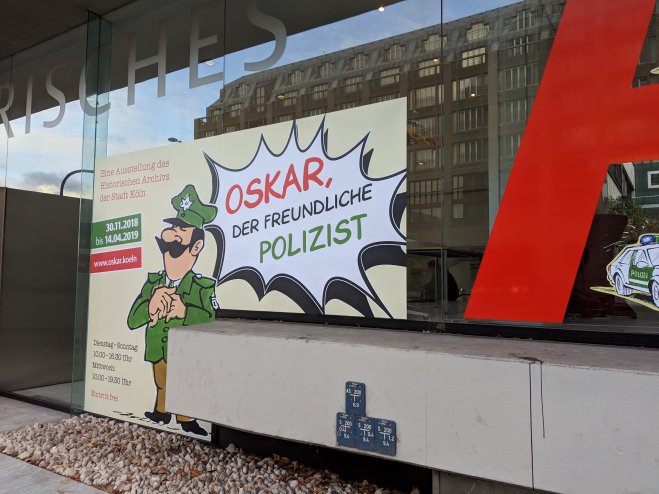 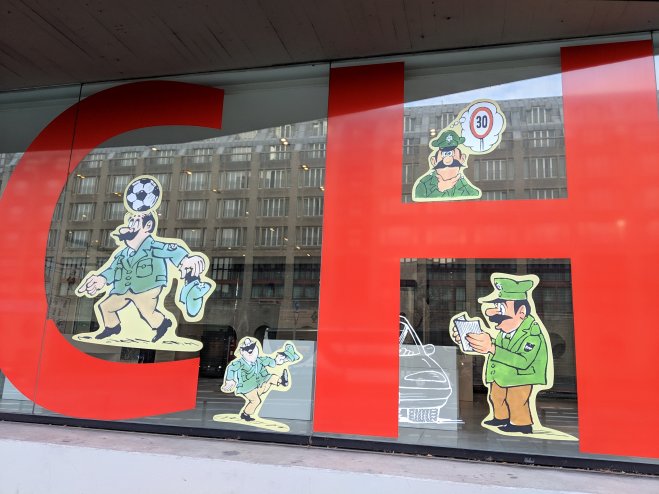 And of course there were multiple Christmas markets. The fun details were adorable.

2 thoughts on “A Cathedral, Cologne and Chocolate in Köln.”